Gig economy companies are breathing a sigh of relief in California today as Prop 22 appears to have pulled off a win in that state.

This was a much needed win for Uber and Lyft, after a California appeals court recently said both companies were to reclassify their drivers as employees rather than independent contractors, placing increased pressure on the passage of Prop 22. 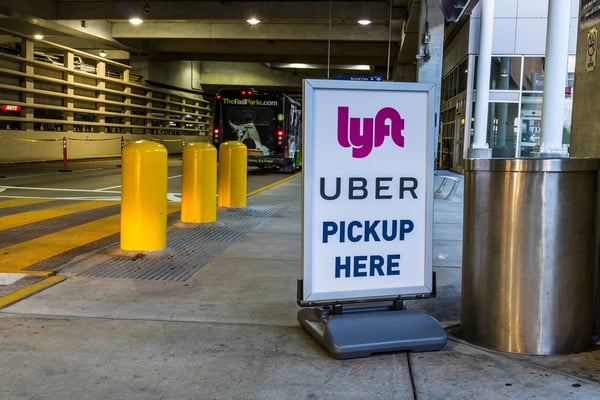 The measure was designed and funded by two of the largest ride sharing companies in the country, as well as other app based corporations in opposition to Assembly Bill 5. Signed into state law in January of this year, AB5 made it much harder to classify employees as independent contractors versus employees. This decision lays out a more affordable business model in CA for gig companies, who had previously threatened to shut down all operations in CA if the measure failed to pass.

Prop 22 was mired in controversy from the beginning when Uber and Lyft threatened to pull out of California completely in August after a judge passed down a decision that seemed to render them helpless in the matter. Fake progressive mailers were sent out in Southern California from fake organizations, and backers of the referendum sued Attorney General Xavier Becerra in July, saying he wrote an inaccurate label, title and summary of their measure.

According to fortune.com, Uber emailed their rideshare drivers after the results showed a win for Prop 22 saying, "the future of independent work is more secure now” and continued with, “Prop 22 was successful because it represented the best interests and preferences of hundreds of thousands of app-based drivers across the state.”

There was a solid unified worker opposition to Prop 22 as seen with Gig Workers Rising. This grass-roots organization put up a respectable fight in opposition to this measure. They’ve argued that corporations shouldn’t be allowed to spend their way to rewriting laws that don’t suit them, as corporations including DoorDash, Postmates and Instacart contributed to a state-record $225 million (as well as others) on this campaign aimed at rewriting labor laws to their own benefit. The passage of Prop 22 comes directly on the heels of state legislation passed by elected officials aimed at providing more protection for gig workers in recent months.

This decision seems to provide relief to gig companies and some workers depending on their gig jobs staying in California, while others see it as another example of corporations paying for legislation that benefits their own self-interests. For customers, this proposal will most likely drive up the costs of fares and possibly other app-based services in the state. With new requirements to provide benefits to their California employees still in place, these costs will undoubtedly be passed onto the customers, as well as provide a roadmap for other states that could also be considering imposing their own regulations on the gig economy.