On the Ballot: California Proposition 22

This article is a continuation of our previous coverage on AB5 legislation in California. As this impacts our industry and process servers, we'll continue to post updates on important legislation and ballot initiatives around the gig workforce in California.

Previously we reported on the situation in California around the AB5 legislation. This piece of California’s law has been mired in controversy from the start, as it created a new “ABC” test that must be satisfied before workers can be classified as independent contractors. As previously explained, AB5 aimed to expand the “ABC” test adopted by the California Supreme Court in the case, Dynamex Operations West, Inc. v. Superior Court in determining how workers in California can be classified regarding employment status. 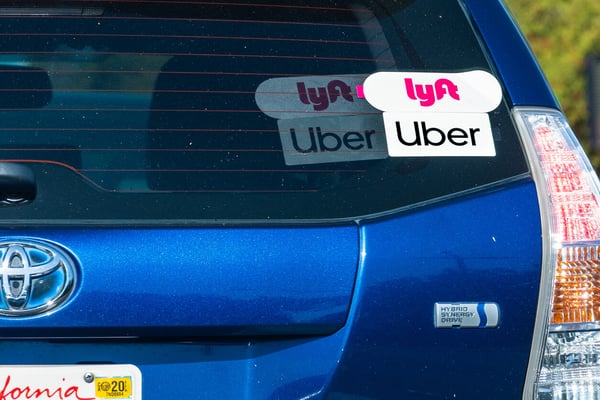 Prop 22 would classify drivers for app-based services such as Uber and Lyft as independent contractors and somewhat guarantee them certain benefits. Additionally, Proposition 22 would override Assembly Bill 5 (AB5) by considering app-based drivers to be independent contractors and not employees. Prop 22 would define app-based drivers as workers who provide delivery services on an on-demand basis through a business’s online app or platform, or as individuals that use a personal vehicle to provide pre-arranged transportation services for compensation through a business app or platform. There is mixed opinion around this ballot measure not affecting how AB5 is applied to other types of workers.

The LA Times states it perfectly, “If you think these companies are predators that exploit workers and compete unfairly, you’ll see the measure as yet another effort by the tech industry to circumvent the rules by which responsible corporate citizens play. If you think the apps provide workers an easy means to make extra money and consumers an affordable alternative to taxis, you’ll see Proposition 22 as a way to hold onto a service you value.”

In reality Prop 22 really is a measure designed by gig economy giants operating in California as a fix for a problem the California Supreme Court created in the above mentioned Dynamex decision in 2018, making it harder to classify workers as independent contractors and utilize workers in a freelance or contract agreement between employer and employee.

After backlash, confusion and additional lobbying, the CA Legislature provided further exemptions this year with AB 2257, including more exemptions for freelancer and contract workers. However, notably absent from these lists are app-based drivers, the very reason why gig economy giants Uber and Lyft pushed Proposition 22 onto the California ballot. AB 2257 was designed to modify portions of AB5 to exempt further occupations and allow them to utilize the previous and less restrictive Borello Test if they satisfy the classifications of that litmus test.

The contention around all of these pieces of legislation in California remains focused on their inability to strike a viable balance through the current ambiguous, overarching language. There are countless businesses and corporations in the state with a vested interest in the outcome of Prop 22, all heavily reliant on freelancers and contractors to carry out their daily operations. In addition, thousands of individuals in California rely on making a full and/or part-time living through a fully operational on-demand labor platform with clear and balanced legal guidelines.