This week brings us to our final news roundup before the much anticipated November 3rd election day. And while the world collectively inhales and waits upon bated breath for a clear winner of the U.S. presidential election, one should not lose sight of the macabre mix of events happening this last weekend of October.

A celestial alignment is set to occur this weekend with Halloween, a full moon and the farewell to daylight savings time all colliding on Saturday evening. This will undoubtedly provide for a festive night where ghouls and goblins are urged to dance under the light of the full moon, albeit alone or at least 6 feet away from fellow monsters and of course, while wearing masks. Election news is dominating the headlines as it will for weeks to come, but there is much else to recap and update from around the nation so let’s begin. 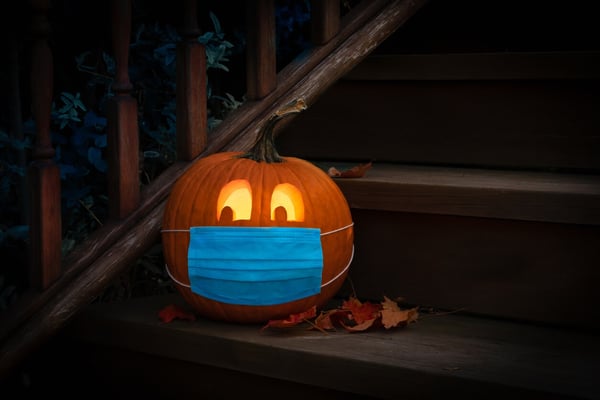 The Logistics and Timelines to Place Your Vote

Google has been making headlines as we reported last week, however one thing you can do easily thanks to Google is to Google (v). Where to “ find out where to vote on election day.” Polling places are actually closing due to COVID-19 and a somewhat concerted effort to suppress voting this year. As reported by NPR, in some swing states that can perhaps even mean tipping the race, making it clear to every eligible voter in the U.S--your vote counts. There are multiple locations across the U.S. with grass-root projects on getting out the vote, even voter ride sharing resources and discounts on public transportation for those looking to get their vote in on time since it’s now too late to drop ballots off in mailboxes in most states. So get those ballots to official ballot boxes and not the post office ASAP, find out where to vote on election day or land a ride to your local polling location.

Continuing with election news, the U.S. The Supreme Court weighed in on extending timelines for receiving and counting ballots in PA, NC and WI. Democrats in each of these states are backing the extensions, while Republicans opposed them. The results:

It’s important to remember in these decisions, elections are largely governed by states and the rules differ from one state to the next, so the SCOTUS is following that state’s laws on these decisions.

According to CNBC, the Commerce Department reported on Thursday of this week the U.S. economy grew at a faster pace than it’s ever seen over the third-quarter of 2020. CNBC reports: Third-quarter gross domestic product, a measure of the total goods and services produced in the July-to-September period, expanded at a 33.1% annualized pace, according to initial estimates for the quarter.

This is somewhat positive news as the nation and world struggle to recover from the COVID-19 pandemic. However, analysts agree this growth was due to the unprecedented free-fall preceding it and growth at this level is not expected to continue as COVID-19 cases are rapidly increasing, hospitals are once again being pushed to their limits and concerns rise over the all-out uncontrolled state of the virus.

In unemployment news, half of the estimated 22 million jobs lost this spring from the outbreak of the coronavirus remain unfilled. The U.S. unemployment rate remains at 7.9% which is still more than double the pre-pandemic level. 12.6 million Americans are still out of work and talks of continued economic stimulus and relief seem to be going nowhere, at least until the elections are over.

Uber and Lyft will need to ramp up the efforts to pass Prop 22 in California after last week a California appeals court said both companies must reclassify their drivers as employees rather than independent contractors, affirming an earlier court decision.

However, look for this to make waves across the nation in the gig economy as The U.S. Department of Labor is now trying to create federal standards as to how companies can classify employees and who should or shouldn’t be allowed to be considered an independent contractor or an employee. However, attorneys general in nearly half the U.S. have implied changes by the Department of Labor would only complicate the issue further and encourage more companies to misclassify workers for their own benefit.

According to Marketwatch, a letter was sent this week to Labor Secretary Eugene Scalia and Amy DeBisschop, director of Regulations, Legislation and Interpretation at the Department of Labor’s Wage and Hour Division by 24 state attorneys general and officials from New York City, Chicago, Pittsburgh and Philadelphia pleading with the agency to withdraw the proposed rule, saying it would “Harm the people the DOL is meant to protect.” The article continues to quote this letter, “Unreasonably broadening independent contractor status will leave millions of workers vulnerable to violations of the [Federal Labor Standards Act], corresponding state laws, and other state and federal labor and employment laws.”

Next week, look for news on the outcome of Prop 22 on the California ballot and how the proposed rule by the Department of Labor plays out across the national gig economy given the results of the presidential election.

Halloween will look and feel very different for many trick-or-treaters this year as COVID-19 infection rates continue to see their highest numbers since the start of the pandemic and the daily death rate hovers around 1,000 people a day on average. Alternatives to traditional trick-or-treating and Halloween parties are urged in towns and municipalities across the nation. Personally having my own little monsters, we’re planning an outdoor twilight ghoul hunt with glow sticks, sound effects and monsters in masks. Our small seaside town is having a pirate’s scavenger hunt in lieu of its traditional block party and downtown festival this year so we’re all dressing up for some outdoor adventure and socially distanced treasure-hunting. While this year has been anything but traditional, think of your Halloween celebrations this weekend as a climatic event marking the end of a fright-filled walk through the Twilight Zone, where the light of the full moon brings us all to collectively exhale and see the renewed hope of democracy, free speech, life, liberty and the pursuit of happiness for all ghouls and goblins from every walk of life.