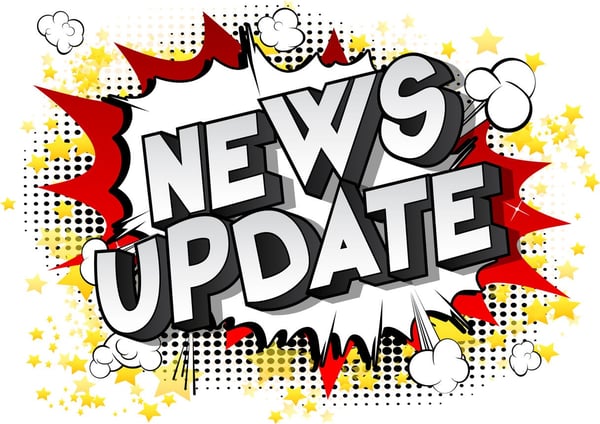 This week we discover a theme to the trending news stories of the week, and perhaps before the end of this update where I reveal this connective thread, you’ll come to discover the lede for yourself. There were a lot of interesting stories for the week of October 23rd--so let’s begin. 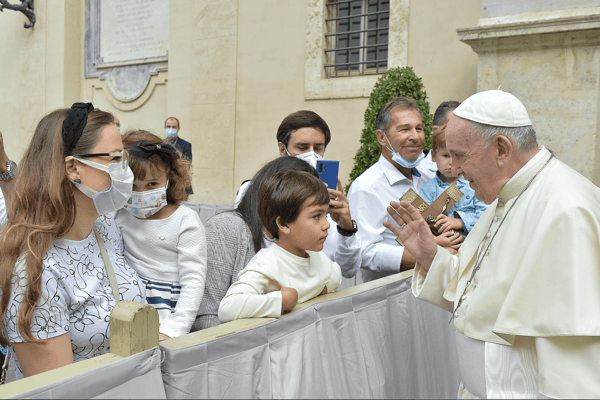 On Wednesday of this week, news broke of Pope Francis declaring his support for civil unions of same-sex couples. The historic and unprecedented remarks by Pope Francis came from a new documentary film, “Franceso” made by Russian filmmaker Evgeny Afineevsky. The film premiered at the Roman Film Festival to widely accepted praise. Pope Francis is quoted in the file as stating, "homosexual people have a right to be in a family. They're children of God and have a right to a family. Nobody should be thrown out or be made miserable over it.” The Pope continues, "what we have to create is a civil union law. That way they are legally covered.”

According to AP News on Tuesday of this week, the Justice Department began its case against Google for abusing its overwhelming control and dominance of the online search and advertising industry. Google has long been in the sights of the POTUS. Eleven states, all held by Republican attorneys generals, joined the lawsuit. This marks the most significant attempt to protect competition by the federal government since the groundbreaking case against Microsoft more than 20 years ago. Many experts feel that case was stronger than the current one against Google, as a number of other US states are waiting to join the federal lawsuit until they finish conducting their own investigations. This case could simply be the beginning cannonade of federal antitrust lawsuits given Apple, Amazon and Facebook are all under investigation at the Justice Department and Federal Trade Commission.

If there is one thing that can gather bipartisan support--it's going after amoral pharmaceutical companies such as Purdue Pharma. The company has been embattled in lawsuits for years around the powerful opioid derived prescription painkiller OxyContin. As the company lied and misled the medical industry on the safety and true addiction capabilities of this drug for decades, many experts agree Oxycontin was a matchstick for the opioid epidemic--and Purdue Pharma knew it. They not only failed to act, but pushed the drug harder. The Justice Department announced on Wednesday of this week Purdue Pharma will agree to plead guilty to federal criminal charges as part of a settlement of more than $8 billion and close down the company. The money will go to opioid treatment and abatement programs.

For many of those left addicted or dead from opioids in the United States, it often starts with an injury or medical procedure that leads to legally prescribed opioid-derivative painkillers, such as OxyContin by their physicians. The addiction hook of these drugs can be as swift as three days, leaving patients from young athletes to seniors looking for stronger, and stronger drugs such as methamphetamines to feed their new opioid addiction. In fact, over 80% of meth addictions arise from prescription painkillers. Here is a quote directly from the CDC website:

“More than 750,000 people have died since 1999 from a drug overdose. Two out of three drug overdose deaths in 2018 involved an opioid. Opioids are substances that work in the nervous system of the body or in specific receptors in the brain to reduce the intensity of pain. Overdose deaths involving opioids, including prescription opioids, heroin, and synthetic opioids (like fentanyl) have increased almost six times since 1999. Overdoses involving opioids killed nearly 47,000 people in 2018 and 32% of those deaths involved prescription opioids."

Important note: This deal with the Justice Department does not release any of the company’s executives, owners or members of the billion-dollar Sackler family from criminal liability, as a criminal investigation remains ongoing. Read more about this family and their addiction to wealth in a well-researched editorial here.

As outlandish, unproven and threatening conspiracy theory groups such as QAnon have made more and more headlines recently, their impact on the 2020 election is duly noted even by the FBI as they’ve cited “conspiracy-driven domestic terrorism,” as responsible for a number of violent incidents believed by the bureau to be directly linked to conspiracy theories. It’s been called a collective delusion and a cult, and according to some reports the “Q” behind the movement has been hiding in plain sight for years on a pig farm south of Manila in the Philippines, or as someone from the 8chan organization who started the Q theory as an effort to cosplay with others on online forums.

The Wall Street Journal recently did a report on what social platforms such as YouTube, Twitter and Facebook are doing to stop the spread and calls for violence by these conspiracy groups.

Perhaps most the most disturbing facet of these modern conspiracy theories is the shift (or unearthing) of civilized humanity to believe, without fact proof or evidence, conspiracies so outlandish they’d rally behind the most transparently deviant leaders guilty of the very things they claim to denounce, and worse even--kill, harm, imminently foil and attempt to kidnap those with opposing morals and political beliefs.

Stocks rose in early trading on Thursday as Speaker Pelosi claimed to be closer to a deal with Treasury Secretary Steve Mnuchin, much to Senate Republicans dismay. A report in the Washington Post claims she and Mnuchin had just about come to terms on a sticking point in their agreement-- a national coronavirus testing strategy. However, Pelosi acknowledged other issues remain unsettled such as federal aid for state and local governments and the liability protections for businesses sought by Senate Republicans and the White House.

Weekly jobless numbers dropped to their lowest numbers since the pandemic started in March of this year as first-time unemployment claims dropped to 787,000 last week, reflecting a decline of 55,000 from a revised number of 842,000 last week. Continuing claims fell by more than 1 million. However, one of the reasons cited for a decline in claims is the movement of unemployed workers over to the Pandemic Unemployment Assistance emergency compensation program after exhausting their regular benefits. Read between the lines on these numbers--the workforce is still unemployed and regular unemployment benefits are falling short. Additional funding for these programs is needed if the United States is going to make a substantial recovery amid the relentless pandemic.

With that, we’re all probably feeling some level of COVID-19 quarantine fatigue, but the virus is most certainly not tired of us. More than 8 million people in the U.S. have been infected with the coronavirus and more than 220,000 have died at the time of this update. Those numbers will continue to climb as experts see cases exploding in almost every state across the US, just as the annual flu season makes its return. You can find a heat map of COVID-19 in your state, and the state of the spread across the union here.

We’ve all seen the cringe-worthy and troubling videos on the web showing seemingly privileged white people (usually women) calling 911 on unassuming Black people for doing “high crimes” such as, existing. The San Francisco Board of Supervisors decided on Tuesday of this week to make the act of making racially charged false accusations to 911 a crime by approving the Caution Against Racial and Exploitative Non-Emergencies (CAREN) Act.

According to the city of San Francisco’s press release, “The CAREN Act will expand the definition of a protected class in San Francisco to prevent false emergency calls with the specific intent to discriminate against a person or otherwise infringe the person’s rights or cause the person specified harms on the basis of the person’s race, color, ancestry, national origin, place of birth, sex, age, religion, creed, disability, sexual orientation, gender identity, weight, or height.”

A violation of the CAREN Act actually will not result in jail time or a fine, but instead provides accommodation for the victim to sue in a civil court--up to $1,000 plus attorney costs.

We end the week with perhaps the most troubling news story that leaves one to scratch their head with disbelief and puts Texas legislation in a notorious national spotlight.

The Texas State Board of Social Work Examiners, which regulates social workers in the state and the Texas Behavioral Health Executive Council, which oversees numerous health care licensing boards, voted unanimously to strip LGBT and disability protections from its code of conduct on October 12th. Meaning--social workers in the state of Texas can refuse to provide services to people based on disability, sexual orientation or gender identity.

The changes come after a recommendation from Gov. Greg Abbott’s office after a previous code’s nondiscrimination protections went beyond protections laid out in the state law that governs how and when the state may discipline social workers. The LGBTQ community and disability advocates are outraged, as some legislators in the state are joining the fighting against this strange legalization of discrimination as it blatantly puts these already vulnerable populations at a greater risk. After the news of this policy change by the boards became public, numerous advocacy groups released a joint statement condemning the move.

This week, citing the overwhelming backlash, The Texas State Board of Social Worker Examiners and Texas Behavioral Health Executive Council released a statement of their own stating they plan to bring this issue up again at the next meeting on Oct. 27. Expect a large turnout for that meeting.

What’s the overwhelming theme from this week’s round-up of news? 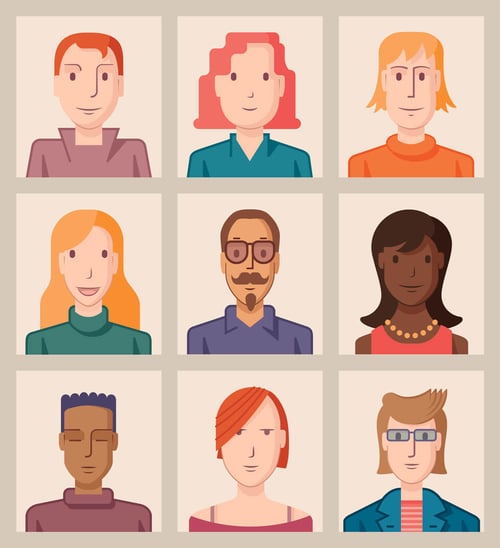 Specifically, our willingness and ability to tolerate others, ideas, opinions and behaviors that we might not understand, or necessarily agree with. Imagine if you will the brilliant minds from Picasso to Hellen Keller, Thomas Edison to Temple Grandin, Martin Luther King, Harriet Tubman, Anne Frank, and Billie Jean King, Bayard Rustin, Harvey Milk and Stephen Hawking, all beautifully brilliant minds who were subject to discrimination, prejudice and even cruelty. The mere fact that didn’t stop them should be enough, but these minds and millions of others just like them from the wide spectrum of life continue to fight for equality and the pursuit of a better tomorrow--the real unifier of our nation, and a reminder we have much common ground as we head towards the November 3rd election.

If you find this information insightful, sign up for our newsletter here so you can stay up to date on legal industry news, insight and technology. In addition, join ABC Legal Services for a free webinar Wednesday, October 28, 2020, at 11:30 a.m. PDT | 2:30 p.m. EDT called, “A New Day in Court: Technology and the Legal System.” Those interested can register for the free webinar here.