The Consumer Financial Protection Bureau (CFPB) is the government agency charged with protecting consumers from unscrupulous practices. The Bureau oversees the Fair Debt Collection Practices Act (FDCPA) that provides rules governing the methods, times of day, frequency, and other aspects of contacting consumers to obtain payment of a debt.

Nothing in the current FDCPA and its amendments directly addresses time-barred or so-called “zombie debt”. Thus, the CFPB is planning to issue a debt collection rule to address this omission. This proposed rule was published in the Federal Register on May 21, 2019, and would go into effect this December. The change will continue to allow collection agencies to contact consumers to attempt to collect this debt but will require specific disclosure. This disclosure will inform them that no legal action can be taken against them and that paying into the debt could prompt legal action against them. Consumer advocacy groups feel this does not go far enough to protect consumers, and that contacting consumers for the purpose of collecting time-barred debt should be completely outlawed.

What Is Zombie Debt And How Is It Different From Other Debt? 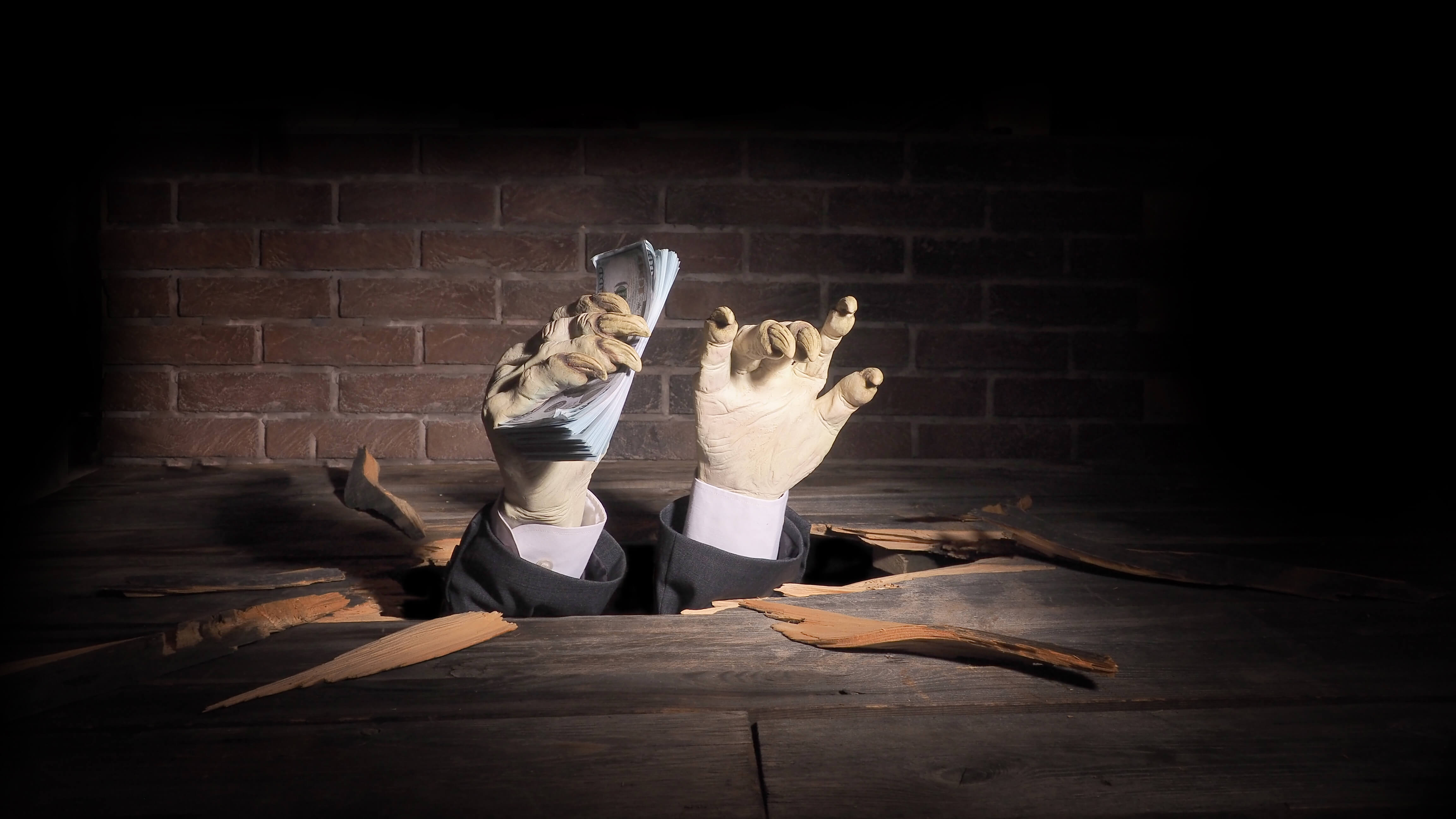 “Zombie debt” is money owed on a debt that a consumer is no longer legally obligated to pay. This debt is “time-barred” because the statute of limitations has run out in the consumer’s jurisdiction. A statute of limitations is the time limit for filing a lawsuit in an action, and once it expires, there is nothing that can be done legally to enforce the collection of a debt. It’s called “zombie debt” because if a consumer can be persuaded to make even the smallest payment towards the debt, it will restart the statute of limitations, making it possible to sue them for the entire debt, including interest and late fees from its inception. This essentially brings back the debt from the dead. The implications for a consumer can be huge. For example, if a consumer has $150,000 debt that’s time-barred, paying $1 can trigger a lawsuit against them that can lead to salary garnishment, frozen bank accounts, and other serious financial repercussions.

Who Goes After Consumers For Zombie Debt?

Legitimate collection agencies and collection law firms don’t go after consumers for “zombie debt,” considering it a waste of time to go after consumers that are very unlikely to pay. That’s why this practice is usually employed by unscrupulous second-tier wholesale debt collectors that are often referred to as “debt scavengers.” They make money by purchasing large amounts of cases from collection agencies and law firms that have given up on collecting these debts. The “debt scavengers” pay just pennies on the dollar for these referrals, so they can turn a profit even if just a few people pay in only a small amount into these debts. A large part of this debt inventory is “zombie debt,” which they have no legal leverage to collect, so they use tricks and intimidation tactics to induce consumers to pay into the debt and resurrect it.

Does Zombie Debt Have An Impact On Credit Scores?

For consumers that are “judgment proof” because they don’t have any substantial assets, the threat of a bad credit rating is much more ominous than a lawsuit. These consumers often lease cars and rent homes, making their credit score a valuable asset. Most “zombie debt” cannot impact credit scores because credit reports cannot list debts over seven years old or use those debts as a factor in determining a credit score. Unfortunately, this hasn’t stopped debt scavengers from scaring consumers into paying into “zombie debts” that cannot impact their credit rating.

What Are The Intentions Of The CFPB With The Upcoming Rule Change Around Zombie Debt?

The CFPB is planning to amend Regulation F of the Fair Debt Collection Practices Act (FDCPA) to require disclosures to be made by debt collectors contacting consumers about time-barred debt. The intention is to reign in unscrupulous debt collectors of “zombie debt” by requiring specific disclosure. The CFPB proposes that debts collectors disclose the following:

The amendment would contain model language and a form that could be used by debt collectors but does not expressly determine its use.

What Is The Response Of Consumer Groups?

The National Consumer Law Center (NCLC) believes the proposed rule does not go far enough, and that collection of time-barred zombie debt should be completely banned. The NCLC submitted comments to the CFPB on behalf of low-income consumers that are disproportionately impacted by unscrupulous collection practices. April Kuhnhoff, an attorney at NCLC, stated, “Disclosures will not protect vulnerable consumers, who will not understand why they are being contacted about a debt that is too old to sue on, or how making a small payment or acknowledgment could end up reviving the statute of limitations on a debt.” The NCLC cites research from the Urban Institute showing that nonwhite communities are much more likely to be targeted by debt collectors due to their generally lower levels of education and higher rates of debt. The disclosure requirements are least effective for telephone communication, where the consumer must process the disclosure while the agent continues to threaten them with other types of consequences. That’s why the NCLC proposes that if the CFPB will not bar all collections of zombie debt outright, they at very least restrict it to written communication that includes detailed disclosures in plain language.

What Are The Current Rules And How Could The New Rules Impact Them?

The current rules do not expressly require disclosures when attempting to collect “zombie debt,” but many state laws already require them. The courts have consistently held that the FDCPA is violated when an unsophisticated consumer is led to believe that a time-barred debt is enforceable. The Federal Trade Commission and the Bureau have successfully brought actions against debt collectors for injunctive relief that imposes disclosure requirements. In other cases, the courts have ruled that failing to disclose the time-barred nature of debt is a violation of the FDCPA as a matter of law. The news rules would clarify that disclosure is required and what language would be acceptable for a disclosure.

Which Disclosure Rules Should Be Updated To Make Them More Consumer-Friendly And Why?

The Bureau’s qualitative testing highlights how consumers find the concept of time-barred debt confusing. They all agreed that knowing that debt was time-barred would impact their decision about making payments, saying that they would be much less likely to prioritize paying such debt. It’s important that the disclosures be written in a plain language such as: “Because of the age of this debt, we cannot sue you for it.” The challenge is finding an effective way to provide disclosure during oral communications and when messages are left on an answering machine or with a representative. It’s extremely challenging to collect money from consumers for a debt that they are not obligated to pay. In fact, it probably cannot ever be done without skirting disclosure requirements. That’s why the NCLC’s suggestion to ban such collections is ultimately the best way to protect consumers.

Sascha Mehlhase is the Vice President of Products and Innovation at ABC Legal Services. He oversees ABC Legal’s growing product, marketing and customer experience. With nearly 20 years of product and marketing experience in software and technology, Mehlhase has advanced product strategies and led global teams in a variety of industries. Most recently, as Senior Director of Product Management at Intrado, he oversaw their cloud-based telecom and communications platform as a service business and drove the company’s international product expansion into more than 170 countries. Sascha earned an MBA from Loyola University Chicago and a bachelor’s in social economics from Hamburg University in Germany.

Sascha Mehlhase
Vice President of Growth at ABC Legal. Sascha oversees ABC Legal’s growing product, marketing and customer success teams to transform ABC Legal into the best-in-class technology and service industry leader, while finding new ways to scale. With 20 years of experience in technology, he has advanced product strategies and led global teams in many industries.
previous article next article