As the leaves descend into their vibrant last-dance, and the days grow shorter and darker across the Western Hemisphere, we find ourselves fully immersed in fall and rapidly approaching one of the most anticipated, divisive and uncertain election seasons our nation has ever experienced. While 2020’s “October surprise” has truly been a year-long red carpet roll-out of one disaster after another, we can’t miss the fact that this month kicked-off hard with the POTUS being admitted to the hospital, infected with a globally annihilating pandemic-level virus that at the time of writing this, has killed 212,000 souls in the United States. Where do we go from here, October?

Have no fear, the news is coming at us quicker than a 101 mph fastball from MLB’s Garrett Crochet. (If you’d like a little good news read about Crochet. He’s a rising star who skipped right over the minor leagues, and serves as a reminder from America’s favorite past-time that we might be down right now, but we’re certainly not out.)

With that, let’s recap the news for the week of October 8th and dig into some of the top news stories this week. 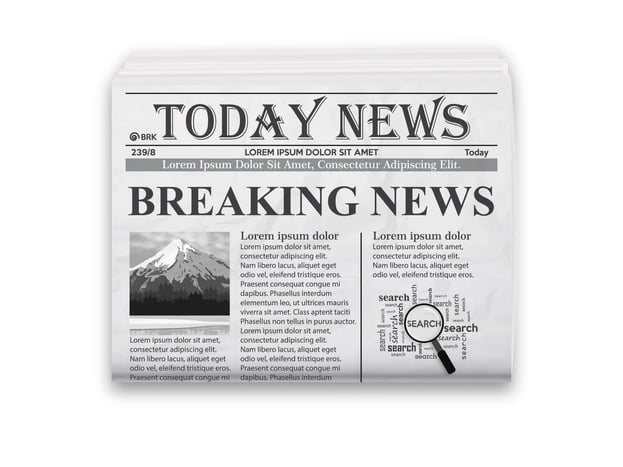 The Stimulus is off the Table. No Wait, It’s Back On. Or is it?

On Tuesday, October 6th, the Dow dropped by 300 points after Treasury Secretary Mnuchin confirmed that Trump pulled out of stimulus discussions, and the president later tweeted about it. Traders had previously grown hopeful a deal could be reached before the election, as well as the millions of Americans still unemployed and dependent on benefit extensions due to COVID-19.

As we reported last week, the most recent Department of Labor unemployment report showed jobless claims up slightly to 870,000 from 866,000 a week earlier, with the US adding 661,000 jobs in September. On Thursday of this week, Bloomberg News reported the jobless claims fell to 840,000 for the week ending October 3rd.

Federal Reserve Chairman Jerome Powell was quoted as stating on  Tuesday that, “aggressive policy help for the economy needs to continue”, and that it would, “lead to a weak recovery, creating unnecessary hardship for households and businesses.” This was immediately followed by a push from Trump to stop negotiations until after the election. But, that was then. On Thursday evening, U.S. stock futures rose as Wall Street seemed optimistic a new deal could be reached, and continues to look for “clarity” on a potential fiscal aid bill.

Once again looking to Twitter for updates, Drew Hammill, the deputy chief of staff to Nancy Pelosi, tweeted that House Speaker Pelosi and Treasury Secretary Mnuchin had spoken for 40 minutes earlier on Thursday. Hammill stated their conversation, “focused on determining whether there is any prospect of an imminent agreement on a comprehensive stimulus bill. The Secretary made clear the President’s interest in reaching such an agreement.”  However, Pelosi previously told reporters she’d refuse to back a smaller aid package proposed by Trump for U.S. airlines, unless it also included a broader stimulus package for the American people. But then Trump told Fox Business on Thursday that his administration and Democrats were “starting to have some very productive talks.” So, we’ll wait and see how this unfolds. Or doesn’t. Or does.

New York Attorney General Letitia James has extended the suspension of debt collection in the state for another 30 days for medical and student debt owed to the state. Additionally, New York Gov. Andrew Cuomo extended another executive order continuing the extension of tolling statutes of limitation and other legal time periods until Nov. 3rd.

The World Bank jumped into the echoing calls for wealthy nations, including China, to cancel debts to poor countries in order to help them weather the coronavirus storm, saying efforts so far have been good, but not good enough.

Back in the U.S., Federal Reserve Chairman Jerome Powell once again warned the nation is on an unsustainable path in regards to the deficit. CNN Business reported On Thursday of this week the Congressional Budget Office estimated the U.S. deficit hit $3.13 trillion, or 15.2% of GDP for the 2020 fiscal year which ended in September. The same CNN Business article goes on to report, “the estimated 2020 deficit is more than triple what the annual deficit was in 2019. And it's the highest it has been since just after World War II.”

While we’ve yet to make it to Friday’s end, Tuesday is proving to have been the most news-worthy 24 time-period this week. Again on Tuesday October 6th, the House Judiciary Committee laid out the Democrats' possible antitrust policy, should they hold both houses of congress and seat Biden in the White House next month. (dare I say things will be decided on a  usual timeline). Currently just a vision, it’s designed to rein in tech giants such as Google, Apple, Amazon and Facebook. While most Republicans declined this report, there were some that actually agreed with parts of it. The report clearly states legitimate concerns about each tech company’s record and practices. This story takes my pick as the most interesting news of the week. You can read more about the antitrust report in an excellent article written by Ashley Gold and Kyle Daly found on Axios.com.

As we make a final turn to legal news there’s been some interesting takeaways this week. Here are some top headliners:

And while some states are claiming this year’s bar exam went off as a huge success, the test-taker who had to pee in his seat during the exam strongly disagrees. Perhaps students needing to give birth during a test is an indicator that policy reviews are in order, or maybe just allocating some bathroom privileges.

As we continue to bring you news, updates and insight from the legal industry be sure to sign up on the ABC Legal blog to receive email updates.