As we continue to stay on top of stories that affect the financial and employment markets as well as the gig economy, we recap this week’s busy labor and unemployment news in the U.S. There’s a lot to break down this first week of October 2020 so hang on, because this week was a bumpy ride for a number of major industries and the employees working within them.

Today, Thursday October 1st the Department of Labor released the most recent unemployment report, with jobless claims up slightly to 870,000 from 866,000 a week earlier. On Friday October 2nd, the Bureau of Labor Statistics will follow up with a report on the monthly unemployment rate for September. As of August 2020 that rate stood at 8.4%. 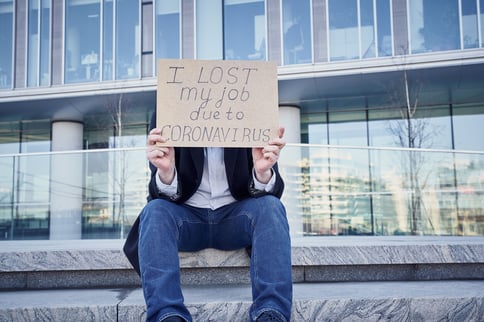 Heavy Impacts for the Airline and Travel Industries

While unemployment numbers were held steady in the month of September, the job market isn’t quite out of the woods yet. Massive layoffs at Boeing's Everett, Washington plant were announced today, just as furloughs of more than 30,000 workers by both United Airlines and American Airlines started this week upon Congress’ failure to come up with an aid package for the airline industry. American Airlines announced on Wednesday evening they’re now forced to move ahead with furloughing their share of 19,000 employees--as the CARES Act stimulus expires.

In a letter to employees, American Airlines CEO Doug Parker said the furloughs would begin this week, "Despite enormous bipartisan support for an extension of the (Payroll Support Program), our elected officials have not been able to reach agreement on a COVID-19 relief package that would enable this extension," Parker explained. "As a result, tomorrow, we will begin the difficult process of furloughing 19,000 of our hardworking and dedicated colleagues."  However, airline employees have been well aware of what the expiration of the COVID-19 relief package means without an extension.  A co-worker recently traveled on one of these airlines and discussed the pending situation with a flight attendant. Remaining anonymous she stated, "even having tenure with the airline doesn't protect you, without the federal aid package we're all in jeopardy of losing our jobs."

In a further blow to the travel and leisure sector, The Walt Disney Company, hit hard by the pandemic since its onset early last spring, announced Tuesday, September 20th that 28,000 workers at their Florida and California theme parks will be laid-off this week. The layoffs will include about 67 percent of hourly, part-time jobs, with executives and salaried workers capping off the rest.

As Disneyland in California has remained closed throughout the pandemic due to orders by Gov. Gavin Newsom, there was some back-and-forth banter between Josh D’Amaro, chairman of Disney Parks, Experiences and Products and Dr. Mark Ghaly, secretary of the California Health and Human Services Agency, who was quoted as saying,  “without a vaccine it is impossible to eliminate the economic impacts caused by this virus.” By taking a “science-based approach” to reopening, he continued, “we can minimize the health and economic risks that would be caused by opening and shutting repeatedly.”

No Industry Is Spared

The pandemic hasn’t spared the insurance sector either. Adding to further lay-off news for this roller-coaster week, Allstate announced Wednesday they will be laying off approximately 3,800 employees, or about 8 percent of their roughly 46,000 employees.

Perhaps you've looked to a good book to escape all that has been 2020? Well, it turns out book publishers are part of this never-ending storyline. Houghton Mifflin Harcourt said on Thursday, October 1st they will be cutting  22 percent of their workforce as part of a “restructuring”.

As for gig workers, those hard-working people we’ve become more reliant upon during the pandemic, they’re continuing to collect jobless benefits through a federal pandemic program geared towards the self-employed.  At the beginning of September there were approximately 11.5 million people claiming benefits through this program. Perhaps a spot of good news; that is a decrease of about 3 million from the previous week according to recent reports from the Labor Department. However, this drop mainly comes from California, and economists remain skeptical about the accuracy of these numbers due to massive fraud around this program and constantly shifting numbers.

The Economic Impact of an Uncontrolled Pandemic will Continue in the U.S.

The trending feeling among economists remains muted on the future of job growth in the U.S. There isn’t much clarity as to how companies will sustain themselves and retain payrolls to support job incomes of all levels. Another worry is the upcoming shift in seasons. As the temperatures cool and snow begins to fall, businesses will no longer have outdoor space to serve their patrons--particularly restaurants. Adding to this rationale, there is the well-publicized concern over COVID-19 mingling with the traditional flu season, which starts to ramp up….right about now, just as various state-by-state reports are showing a resurgence of coronavirus cases.

Economists agree a combination of these factors will further contribute to the hiring slowdown we're seeing right now. Sparing no one, not even higher wage earners who've been less impacted by the financial fallout of the pandemic in comparison to hourly, part-time, gig and lower-wage earners,  this weeks labor and unemployment news has proven to be an equal opportunity un-employer.