One doesn’t have to work too hard to notice California’s extraordinarily impactful 2020 legislative session. With approximately 400 bills sent to Governor Newsom’s desk for signature, he has until September 30th to veto or sign them into law.

In addition to the CA Attorney General finalizing CCPA regulations on August 17th, and the enactment of CA Assembly Bill 5 (AB5) narrowly avoiding a complete ride-sharing shut down in the state, CA Prop 22 is fast on that piece of legislation’s heels on the November ballot. With the passage of the Debt Collection Licensing Act (SB 908) by California's legislature, the fate of this act is highly anticipated as its reach will extend beyond the debt collection industry.

We’ll take a closer look at what CA SB 908 means for debt collection in the state of California, including lawyers, law firms and any business that needs to collect on past due accounts, potential regulation and oversight issues, as well as the possibility of this legislation opening up new liability and licensing complications in the legal field if signed into law and enacted in 2022. 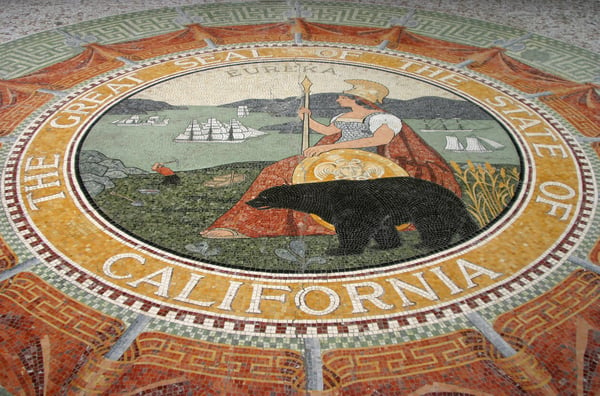 What's the Potential Impact to the Debt Collection Industry?

SB 908 is seen by many in the debt collection industry as broad reaching, requiring licenses for both first-party and third-party debt collectors. As the bill currently stands, it includes no exemption for lawyers and law firms already regulated by the State Bar Act for violations of the Rosenthal Fair Debt Collection Practices Act.

SB 908 calls for the licensure, regulation and oversight of debt collectors by the Commissioner of Business Oversight from the Department of Business Oversight (DBO). The bill seeks requirements for debt collectors located in California, as well as those collecting debts from California residents but not located within the state, to obtain a license. Additionally, it requires these businesses to comply with additional regulatory oversight, including examination and reporting of DBO.

According to an article by K.G Neill  posted at IA.com/news:

SB 908 seeks to define a “debt collector” as “any person who, in the ordinary course of business, regularly, on the person’s own behalf or on behalf of others, engages in debt collection”.

Meaning, companies that contact customers about past due accounts, from cell phone providers to lawn care companies and many more, will be inside the reach and oversight of this law.

Law firms and lawyers are already fully regulated by the Rosenthal Fair Debt Collection Practices Act. As it's clearly stated in Section 6077.5, lawyers are currently required to comply with the Rosenthal Act, and any violations may subject the lawyer to discipline by the State Bar and possible disbarment for Rosenthal Act violations. Additionally, lawyers routinely assist clients in collecting debts, including contract debt, child support and consumer debt among many others. Those in the industry see no reason to establish a second license for collecting one type of debt on behalf of clients as the vast majority of states which currently do require licenses of debt collectors exclude lawyers representing clients in debt collection.

Another area of concern for lawyers and law firms is the duplicate licensing by the State Bar and the Department of Business Oversight for precisely the same function in SB 908.  As this is not a situation the State Bar would regulate, some aspects would fall under the Rosenthal Act, and some the Department of Business Oversight. Therefore, this bill creates overlapping jurisdiction. Currently, there is no precedent in state law where an occupational group must obtain multiple licenses for the same function.

Governor Newsom is anticipated to take prompt action on SB908; what that action will be is yet to be seen. For the debt collection industry and the law firms and lawyers that represent them, this bill is vague and overly-broad. If passed, there is a need for further definition and clarification, as SB 908 would give authority to the Commissioner to adopt regulations necessary before the January 1, 2022 effective date.