The ending of this week leaves us with 17 days before election day. While 2020 voting has started earlier and with record-breaking turnout, November 3rd still marks the height of the most frenetic election season most of us have ever witnessed. There is a wide variety of news to update this week-- from the most recent unemployment numbers and the continued roller coaster of stimulus talks, to gender equality, growing law-firm layoffs, ballot harvesting, re-surging coronavirus infections and highlights from the Supreme Court confirmation hearings on Amy Coney Barrett.

This week’s news recap offers an in-depth view of some of the most significant issues, so let’s jump right in. 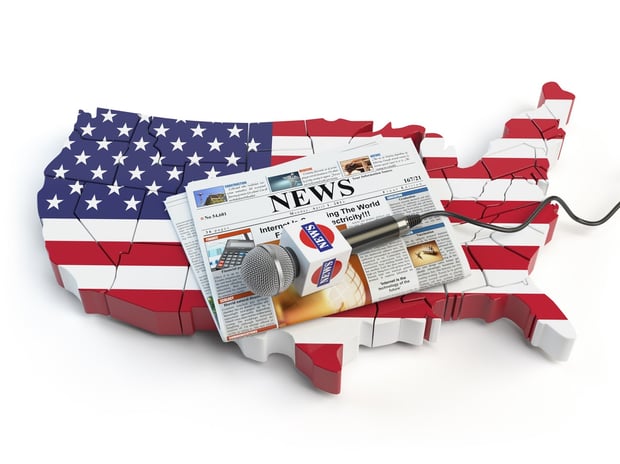 On Thursday of this week, the Labor Department released their report highlighting the continued fragility of the US job market. The number of Americans seeking unemployment benefits rose to a historic high of 898,000 last week. This latest report provides solid evidence that layoffs, such as those we reported on last week continue to hinder the economy's ability to make a recovery from the recession caused by the COVID-19 pandemic. The economy remains roughly 10.7 million jobs short of recovering the 22 million jobs lost when the pandemic struck in early spring and dealt the heaviest blow to the economy the U.S. has ever seen.

Covid-19 infections in the United States jumped by almost 17% over the past week as 38 states and Washington, D.C. saw an increase of new cases. Here’s some important statistics as we head into the traditional flu season:

Layoffs Continue at BigLaw Firms and Beyond

Since September, many large law firms have shown an up-tick in cutting staff positions, placing employees on furlough or downsizing their workforce altogether. As legal news is reporting on a growing number of reputable law firms trimming budgets and cutting staff, lawyers and legal staff members have growing concern over finding themselves unemployed.

The top trending story at law.com by Dan Packel reads, “Layoffs Continue, as Even Stable Firms Face Shifting Work Environment,” as the subheading goes on to explain, "People who handle paper are in less demand. The nature of filing has changed. The need for receptionists is lower," said Altman Weil consultant Eric Seeger. If you head over to abovethelaw.com you can follow over 34 news stories on this very subject, all dated since the start of September.

The consensus appears that BigLaw will continue to make headlines as the industry attempts to navigate the current COVID-19 legal landscape.

At this rate, Nancy Pelosi and Steve Mnuchin have to be spending more time together than President Trump and Fox News. One has to wonder if they’ve become friends at this point, as it’s been reported they’ve continued to negotiate for “days”, even as Trump bounces around on Twitter and media interviews proclaiming changing views on what he is actually willing to offer up on a stimulus package. Currently it’s a ‘more is more’ attitude. However, Senate Majority Leader Mitch McConnell (R-Ky.) holds the purse-strings in the Republican controlled Senate. McConnell and Republican senators alike are increasingly trying to distance themselves from the White House and the expanding spending package. Reports this week claim McConnell is attempting to advance his own smaller-scale $500 billion plan next week.

Gender Equality find Support by the Courts this Week

Regardless of your views on the most heated of all hot-topics, one has to appreciate the tone and fervor of the recent decision by judge Bernard A. Friedman, by stating the previous imposed “waiting period” was, “gratuitously demeaning to women”, and continues, “Defendants’ suggestion that women are overly emotional and must be required to cool off or calm down before having a medical procedure they have decided they want to have, and that they are constitutionally entitled to have, is highly insulting and paternalistic — and all the more so given that no such waiting periods apply to men,” he wrote. Click on the links to read more about this topic.

The U.S. Department of Labor’s Office of Federal Contract Compliance Programs (OFCCP) has reached a deal with Princeton University to pay $925,000 in back salary, as well as $250,000 in adjustments to all future salaries for female professors who earned less money than their male peers. After some back-and forth, Princeton agreed to the review set forth by the OFCCP that found from 2012 to 2014 106 female professors at the University received less pay than their male counterparts.

As the final day of Supreme Court confirmation hearings for Judge Amy Coney Barrett were met with a partisan brawl on the Senate floor Thursday, let’s look back at some highlights of this high-speed confirmation hearing meant to replace the late Justice Ruth Bader Ginsberg with her complete antithesis:

Trump and Biden fielded questions separately on Thursday evening during dueling primetime town halls. Trump easily filled his traditional antagonist role, often criticizing and interrupting NBC’s host, Savannah Guthrie, while Biden’s tactic of flying low-key caused some to compare him to Mr. Rogers during his much calmer town hall with ABC’s George Stephanopoulos. A record number of voters have already placed their ballots and are continuing to vote by mail, drop boxes and record-breaking wait lines throughout the country so it’s not expected either town hall will sway voters; however, the stark contrast between the two events was highly noticeable.

On Wednesday, the California Republican Party stated they will not comply with a state’s cease-and-desist order to stop and remove all unofficially placed ballot boxes in at least 4 California counties. In fact, California Republican Party spokesman Hector Barajas said in a statement they’d be expanding the “ballot harvesting program.” The party made their intentions clear in a letter sent to the California Secretary of State on Wednesday. Attorneys for the state GOP claim the illegitimate ballot boxes in question are indoors, staffed by volunteers or party officials, secure and not labeled "official." However, various images of the ballot boxes showed some to actually be labeled "official”. CA GOP officials claim they didn’t authorize the use of that term and have since removed it.

Trump weighed into this issue by tweeting on the controversy Tuesday night, encouraging Republicans to keep it up and telling Democrats, “see you in court!” Officials within the state of California caution residents to only use official drop boxes, the U.S. mail or polling places to cast their ballots. These “ballot harvesting boxes” have no official chain of authority, oversight or guarantee they won’t be tampered with. Elections officials have been reiterating they also check for evidence of tampering with every single ballot received.

And that wraps up this week's highlights and headlines from around the nation. We’re venturing close to the eye of the storm that is the 2020 election, so if you enjoy our news recaps and want to keep up to date on the top news stories be sure to check back on our blog or sign-up for our newsletter.