After a ruling by the Supreme Court on Tuesday, October 13 2020, The Trump administration can now end 2020 census counting early. The Court approved a request to suspend a lower court order that had previously extended the census counting schedule due to COVID-19. The Justice Department made an emergency request last week in an attempt to allow President Trump to continue his effort to exclude unauthorized immigrants from the count. 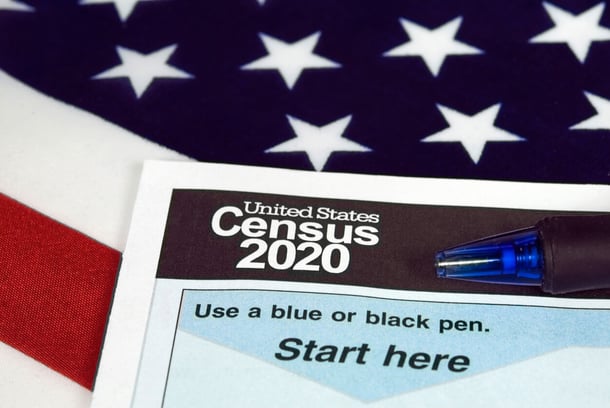 These numbers will be used for the next 10 years in reallocating congressional seats and Electoral College votes along with allocating vital federal funding. Let’s look at the history and importance of the U.S. census and what this ruling means.

History of the Census

Article 1, Section 2 of the U.S.Constitution mandates the country conduct a count of its population once every 10 years. This year marks the 24th time since 1790 the United States has counted the population.

Looking back at civilizations throughout history, we can see the idea of counting a nation’s population, or conducting a census isn’t a fresh idea. The ancient Babylonians, Romans, Chinese, Egyptians and even the Bible mention doing this. In 1086, William the Conqueror recorded information regarding English landowners in a so-called Domesday Book.

However, the United States was a pioneer in regards to a census for modern countries, and the first to include the entire population, not just males old enough to enlist. The United States was also the first to mandate a regularly scheduled census (every 10 years) in the Constitution and to use the results of the census to proportionate political representation. To this day, the census results directly control the number of seats each state holds in the House of Representatives.

The 2020 Census will count the population in all 50 United States and five U.S. territories: Puerto Rico, American Samoa, the Commonwealth of the Northern Mariana Islands, Guam and the U.S. Virgin Islands through an official online questionnaire, by phone or by mail.

The Importance of the U.S. Census

The census provides a treasure-trove of valuable data that lawmakers, business owners, teachers and many others use to provide services, products and vital support. Federal funding is allocated from census results including billions of dollars in funds for hospitals, fire departments, education and infrastructure projects. The census also ensures your community is properly represented by the legislature. This is why you’re reminded so often to complete the census report. Census numbers also determine how many Electoral College votes each state is allocated. The 2020 census will play a role in determining who becomes the U.S. president in the 2024 and 2028 elections.

Interesting fact: The inaugural census in the U.S. cost roughly $44,000 to conduct. However, estimates place the cost at $6.5 billion for the 2000 census and $12.9 billion in 2010. The rise in expense is attributed to those who don’t fill out their census questionnaires, requiring extenuated collection efforts. For the 2020 census, the internet will be utilized for the first time in completing the census. It’s interesting to see how times change in 10 years, and leaves you wondering how the 2030 census will evolve.

The Weight of the Supreme Court Decision

In the decision this week by the SCOTUS to end the 2020 census count, the Justice Department argued continuing until the end of the month (October) would make it impossible for the bureau to meet the December 31, 2020 statutory deadline to send the tabulated data to the White House. Justice Sonia Sotomayor was the lone dissenter on the high court.

Hours after the ruling was released, The Census Bureau announced that well over 99.9% of housing units have been accounted for in the 2020 Census, and all self-response and field data collection operations for the 2020 Census will conclude on October 15, 2020 through 11:59 p.m. Hawaii Standard Time (HST), 5:59 a.m. Eastern Daylight Time on October 16, 2020. However, the accuracy of the 99.9% has been criticized as it’s highly unlikely that percentage of the population has been accurately and fully counted.

The legal battle before the Court was primarily focused on whether or not the Commerce Department, which oversees the Census Bureau, followed federal law in deciding on the September 30 deadline. However, the most significant subtext of this battle centers around if a diminished count would be accurate enough for the 2020 census to set a baseline in allotting political power and trillions of dollars of funding over the next decade, and if the POTUS is actually attempting to take control of the count for political advantage.

Attorneys for the Justice Department claim the Census Bureau is under ‘immense pressure’ to meet a legal deadline of December 31st on reporting to the POTUS the first set of census results, set to determine each state's share of the 435 seats in the House of Representatives.

Judges in lower courts noted the national counts from the years 1810 through 1840 were successfully delivered, albeit late. (Congress had to step in to approve a deadline extension.) In Justice Sotomayor’s dissenting opinion she wrote, "meeting the deadline at the expense of the accuracy of the census is not a cost worth paying, especially when the Government has failed to show why it could not bear the lesser cost of expending more resources to meet the deadline or continuing its prior efforts to seek an extension from Congress."

According to an article found at NPR, Kristen Clarke of the Lawyers' Committee for Civil Rights Under Law, an attorneys who helped bring the lawsuit to extend the count, noted the order by the SCOTUS, "will result in irreversible damage despite the challengers' efforts to secure more time on the clock to achieve a fair and accurate count."

What to Watch for Regarding the 2020 Census

SCOTUS will be considering a separate appeal from the administration over its efforts to exclude undocumented immigrants from population numbers in relation to allocation of representatives in the 2020 census. The case is Ross v. National Urban League, U.S., No. 20A62.

According to the same NPR article, if the commerce secretary who oversees the bureau, is able to present the new census counts to the White House by December 31st, Donald Trump does not even need to win the presidential election to continue his efforts to carry out the unprecedented changes he has been fighting to make in the courts in determining who is counted, or more importantly who is not when reallocating political representation for the people of the United States of America.