Why you shouldn’t avoid being served with legal documents (process)

The Fourteenth Amendment to the United States Constitution mandates “due process” when an interest is asserted against a person’s “life, liberty or property.” State Constitutions have adopted this right and passed “service of process” laws that detail the methods that must be used to deliver legal documents to defendants. When faced with legal action, some people will make tremendous efforts to avoid being served with legal documents thinking that they will avoid the consequences of the action against them. This is simply not true. It’s important to understand that avoiding being served with legal documents does not make the case against you disappear, and it could have negative consequences.

What Does It Mean To Be Served?

Being served with process means that the due process and statutory requirements for giving notice to a defendant about a legal action have been met. Each state and type of action can have slightly different requirements, but it’s common to require personal service to be attempted first. Personal service is literally handing the papers personally to the defendant. The person serving the papers must be of suitable age and meet some other requirements depending on the state. If personal service cannot be completed, there are usually other ways for a person to be served. That said, some states do require personal service for some types of actions, such as divorce. There are also exceptions to the general rules, such as the Federal Rules of Civil Procedure, that allow and encourage defendants to waive in-hand service. In all cases, there is a method to proceed against defendants no matter how much they attempt to avoid being served.

What Does It Mean To Avoid Being Served? 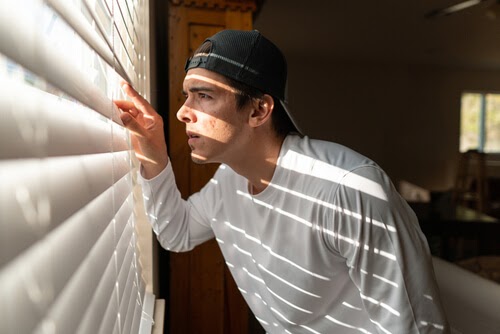 Most Americans are aware of process servers, seeing them in the movies or on television pretending to be delivering pizza, handing over papers, and announcing, “You’ve been served.” It is not surprising that people that know they’re in trouble with the law, on the receiving end of a divorce, or on the brink of foreclosure go to great lengths to avoid process servers. They may never answer the door, or they answer the door but insist they are somebody else. Others may hide in the closet until the process server leaves or hide out at a family member’s home. These measures may be successful in preventing personal service, but they will not be helpful at all in preventing legal actions from going forward against them. It’s not illegal to avoid being served with a process, but it is rarely advantageous. In some cases, it can result in court orders and decisions being made without your knowledge, and it always results in longer and more expensive litigations. The additional fees and expenses caused by avoiding service, such as multiple service charges for process server attempts, can be charged to the person that avoids being served.

People that attempt to avoid the process usually think that personal service is required to commence an action against them. This couldn’t be farther from the truth. In almost all cases, there is a way to proceed with actions even if personal service never occurs. Most states require that several attempts be made to serve a defendant in person before substituted service can be used. These failed attempts must be documented appropriately, including the dates, times, and locations for service before documents can be left with an appropriate person of age at the defendant’s residence or workplace, as well as mailing them to the substituted service address. Some states allow legal documents to be posted at the defendant’s residence, place of business, or even on a car windshield, plus mailing. This type of service is commonly known as “nail and mail.” In some states, matrimonial actions must be commenced with “personal service only,” but the court will pressure the parties to concede proper service upon penalty of being charged with the cost of additional service attempts when it is evident that the defendant is aware of the action.

Actual Knowledge Of A Legal Proceeding

An even more compelling reason that avoiding service of process is foolhardy is that courts hold that “actual knowledge of a legal proceeding” meets due process requirements. So, before you hide under the bed, sell your car, change your name or move to Alaska, you should consider that the rules of due process are not a way to escape having to defend yourself in court. The case In re Ball (2nd Dist. 1934) 2 Cal.App.2d 578) a defendant asserted technical violations of process service. The defendant actively avoided service by literally moving away from the process server, who tossed the papers to him, saying, “Now, you are served.” The court held that service cannot be avoided by moving away and refusing to take the documents into your hand. It further held that the individual was legally served because he was fully aware of the situation. In Trujillo v Trujillo (3rd Dist. 1945) 71 Cal.App.2d 257, the process server attempted to hand the papers through an open car window. The defendant closed the window and refused to accept the papers, and the process server stuck them in the windshield wipers. The court held that this was a proper service because the defendant was aware of what the papers included.

The Cost Of Investigation and Skip Tracing

Defendants that “go underground” to avoid being served face liability for the costs of investigation and skip tracing that accrue due to their evasive actions. Investigators employ techniques known as skip tracing to locate people that cannot be found at their last known residence or place of business. Skip tracing used to mean calling phone numbers and pounding the pavement, but it’s become increasingly sophisticated, making it harder than ever to evade lawsuits due to the numerous technologies now available to investigators such as:

Skip tracing techniques have become much more likely to find defendants, but labor and technology costs are very high. Defendants that avoid service risk being responsible for these charges.

Defendants That Avoid Being Served Risk Forfeiting Their Rights

The best reason to not pursue a strategy of avoiding being served with legal documents is that it can cause you to forfeit your legal rights, creating consequences potentially much worse than the lawsuits themselves. While the defendant thinks they’ve cheated the system by avoiding being served chuckles in their friend’s basement, a judgment could be filed against them. This could happen because while they were in hiding, they were not aware they were served by substituted service or “nail and mail.” When the time period expires on their right to defend the action, the judge could issue a default judgment against them. They will now be responsible for all the costs of the attempted at services, attempts to locate them, plus the attorney’s fees and other costs of attempting to overturn the default judgment. In some cases, they may end up liable for the default judgment, the cost of investigation, and attorney fees. Instead of avoiding service, they would have been much better off applying their resources to trying to get the case against them dismissed or defending against the causes of action contained in the legal action against them.

ABC Legal is the nation’s leading service of process and court filing provider, as well as the Acting Central Authority to the U.S. Department of Justice.
previous article next article