Could a Text Message Keep Defendants out of Jail?

Over 10 million people are arrested each year in the United States, with millions more issued summonses that draw them into the court system. If a court appearance is mandatory and the defendant fails to appear, an arrest warrant will be issued for even the most misdemeanor of offenses. This seemingly simple mistake has serious consequences, often escalating the original offense and placing that individual squarely where they don’t want to be--inside the somewhat inescapable United States criminal justice system.

Earlier this month a team of researchers published their findings from two field studies in New York City. The team made notable use of their findings, showing that by redesigning the summons form and providing text message reminders, failures to appear in court were reduced by 13-21%, which led to 30,000 fewer arrest warrants over a 3-year period. 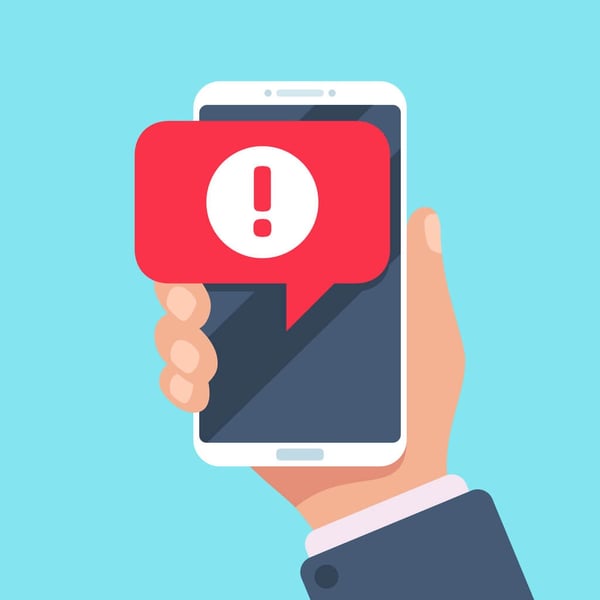 In the U.S. failure to appear records are not kept on a national level. However, the Pretrial Justice Institute tracks and reports that 12 million Americans each year are booked for pretrial offenses, bench warrants, technical violations and failure to appear. On the issue of FTA (failure to appear), the consequences for the defendant can be severe, not to mention increased fines and jail time. FTA warrants can result in a loss of employment and wages, housing issues and go so far as impacting guardianship of their minor children and having bail revoked or forfeited--all because of a failure to appear for mandatory court dates.

Technology Can Have a Positive Impact

Aside from the social and emotional impact this has on a significant portion of the population, jailing defendants pretrial for issues such as FTA on misdemeanor offenses is costly to taxpayers; some estimates put this price tag at $14 billion a year. By contrast, some public defenders in various court jurisdictions have made use of software that allows them to send text-message reminders to their clients. The average cost for this software runs around $20,000 to install and incurs $2 per defendant per year after the initial installation. Perhaps more impactful is the immediate implication software like this can have. For example here is a quote from a client directly placed on the website of a software provider:

“I thought my court date was the 20th, but it was the 16th. When I got the text, I was like, “Oh my goodness!” I am happy because I didn’t know that at first.” -Uptrust Client

We can all relate to the chaos of changing dates and appointments, exhaling on that last-minute relief you’ve in fact caught the mistake beforehand. In this case, that would have been a significant miss with resolute consequences.

The aforementioned study makes salient points on the public perspective of this issue--the cause of failure to appear in court by defendants. In this study, criminal justice professionals predominately saw failures to appear as relatively unintentional. From their knowledge, experience and insight they see failure to appear by defendants as most often a mistake, and an unintentional one. However, laypeople (non-legal professionals) believe FTA is more intentional, as in they should have known, and did know, but didn’t want to appear. As public policy is driven by public opinion (right or wrong) these layperson beliefs are actually found to reduce support for judicial policies that make court information more accessible, clear and fluid, while in turn increases support for the punishment of FTA offenses. The findings of this study suggest that criminal justice policies would be made more effective and civilized by anticipating what each and every single one of us is guilty of from time to time, unintentional human error.

The Cause for (FTA) Failing to Appear in Court

There is elaboration here, the study goes on to explore why defendants might miss court and what unintentional errors actually arise from. While it’s assumed and usual for defendants to be given all the relevant information needed, (when, where and consequences for missing court) they might be insufficiently aware of what the most important details are. This study explains this happens for a variety of reasons, such as the information isn’t interpreted as significant, forgetting a court date or recording it incorrectly. Court dates can also change, and this can lead to further issues as court approaches. Looking at the cause for FTA, this study finds a majority of missed appearances are in fact unintentional and existing policies are not designed to allow for human error on both sides of the law.

In this study and others, as well as information from legal research organizations it’s been shown the simple use of technology such as text reminders significantly reduces the number of defendants missing court due to a lack of the most basic information about mandatory court appearances. Sure, the fact they’ve been given an additional component in these studies makes adhering to scheduled court dates easier, but even the simplest applications--text messages--significantly reduces failure to appear.

There is a growing consensus that widespread legal interventions, such as universal text messaging for court dates depends heavily on shifting public opinion. Studies like the one referenced here, as well as research from institutions such as the Pretrial Justice Institute, can be effective and impactful ONLY if laypeople are aware of the legitimate causes of failure to appear and understand the most effective tools for deterrence. Otherwise, we will continue to push more people into unnecessary incarceration and the cycle of the courts, not deter the actions society actually wishes to prevent.

If you like this article and you find this information insightful, sign up for our newsletter here so you can stay up to date on legal industry news, insight and technology. In addition, join ABC Legal Services for a free webinar Wednesday, October 28, 2020 at 11:30 a.m. PDT | 2:30 p.m. EDT called, “A New Day in Court: Technology and the Legal System.” Those interested can register for the free webinar here.