Road to the White House: The U.S. Electoral College 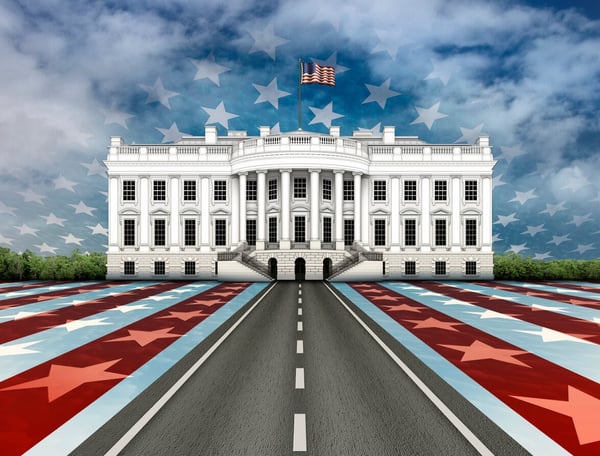 Why Do We Have an Electoral College in the United States?

To keep this methodology in context, one has to understand life in 1787. There was no model on how this was done. The delegates truly were in uncharted territory, as no other country in the world directly elected its leader. After the Revolutionary War with the British Crown, a deep-seated distrust of authoritarian government muddied the waters for the delegates. They didn’t want to create another totalitarian government after a long and bloody battle for independence.

What are the Controversies over the Electoral College?

Those in favor of abolishing the electoral college point to the fact that Southern white supremacist leaders consistently challenge the idea of a national popular vote. One doesn’t have to look much further than the “Three-Fifths Clause” of 1787 that gave slave-holding states extra electoral votes, but did not ensure slaves representation in the government. Remember, this clause was enacted at the same time as the Electoral College and slaves had no voting rights at this time, so their three-fifths status as a whole person (a compromise with Northern states) was used by slave-holding states to maintain political influence. The Constitutional Convention of 1787 considered the “Three-Fifths Clause” a compromise similar to the Electoral College.

In argument for the electoral college, proponents state the system is set up to prevent presidential candidates from winning an election by placing all their efforts and focus on urban, highly populated cities. Proponents argue the current electoral college gives voice to the rural communities by forcing candidates to seek support from a large cross-section of the American people.

How are Electoral College Votes Delegated?

The electoral college consists of 538 votes, 270 of which are needed to win the presidential election. When the general public casts their votes for a presidential candidate, those votes are essentially telling the state electors to cast their electoral votes for the candidate that receives the majority win in that state. In the electoral college, each elector is equal to a single vote, and each state has as many electors as it has Representatives and Senators in the United States Congress.

Currently, only two states do not use a winner-take-all method for awarding electoral votes. In Nebraska and Maine, there are district-based award systems in place that result in a split of their votes to the winning candidate.

What if Electors Don’t Cooperate?

As recently as 2016, electors voted for a candidate that didn’t align with their state’s popular vote. Also known as faithless electors, 538 went against the voice of those they represented, which is an unusual amount for any election.

Until July 2020, states had to impose their own penalties on electors who took this kind of action but had no way to stop them from doing so. The Supreme Court changed this over the summer and agreed that states should make it mandatory for electors to cast their votes according to how the population voted.

What is the Deadline for Electoral Vote Certification?

According to federal law, electors must gather in their states and send their vote to Congress on the Monday following the second Wednesday of December. This year that date will be December 14.

If voting results are finalized six days before the electors assemble Congress will find a state’s results conclusive. Known as the ‘safe harbor’ deadline, ( December 8, 2020) Congress will officially tally the votes three weeks later, swearing in the president on January 20th, 2021.

What if There is an Electoral College Tie?

If neither candidate gets a majority of the 538 electoral votes, the election for President is decided in the House of Representatives, with each state delegation having one vote. From here, a twenty-six state majority is required to win the election. The original system for electing presidents required the candidate that receives a majority of electoral college votes becomes president, while the runner-up would become vice president. This happened in the 1800 election when there was an electoral tie between Thomas Jefferson and Aaron Burr. At that time under the U.S. Constitution, this stalemate sent the election to the House of Representatives, which chose Thomas Jefferson for president. Soon after, the states ratified a twelfth amendment to the Constitution, requiring separate contests for the offices of president and vice president.

To balance tie-breaking powers, the Twelfth Amendment requires the Senate to handle responsibility for deadlocked vice-presidential contests. The Senate must choose between the top two electoral vote recipients, with at least two-thirds of the Senate’s members voting.

How Could the Supreme Court Get Involved?

With all of the theorizing about possible election complications, the final say on who wins the presidency may go before the United States Supreme Court. This would most likely be seen as a state-by-state issue on the validity of votes and voting deadlines, as we are already seeing the SCOTUS weighing in on election issues for a few states before the election. The Court had to help decide the presidential election in 2000 when President George W. Bush and former Vice President Al Gore had a month-long post-election dispute over Florida's electoral college votes. Ultimately the SCOTUS sided with George W. Bush, making him the 43rd president of the United States.

Regardless of the 2020 election outcome, the debate over the electoral college and the road to the White House will remain. When we look at the origins of the electoral college and the political climate surrounding the founding Thirteen American Colonies we must also consider the fact that not all people were given rights in 1787. Does this then give way to a re-examination of how we decide our presidential elections? Well, that’s up to our elected officials to decide. Perhaps yet another reason why it’s so important to vote in all elections, not just presidential ones every four years.