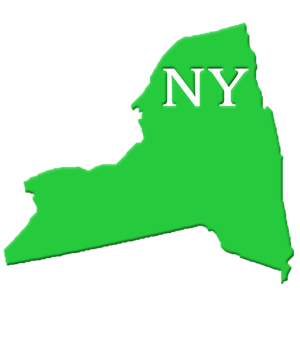 When you accept a new job, make sure to print out two copies of the documents (you will not be able to print a second set in the event that you end up substitute serving or posting a job).

When Substitute Serving, the co-resident must be at least 18 years of age or older.

If special handling instructions on the coversheet state: ‘residency was confirmed via DMV/Postal’, then you may serve any resident over the age of 18 - even if they say the subject does not live there.

Posting documents is allowed if you have Confirmed Residency, and 3 prior attempts have been made at the following times on different days:

The documents should be visible when posted or posted in a clear plastic slip.

When reporting the posting in ABC Mobile, make sure to list when you confirmed residency in one of your attempts, and list the description of the door and hallway in your posting notes.

Due to court deadlines proofs must be signed and mailed within 3 business days to the ABC Legal Brooklyn Office.

UPS labels are provided by the Support Team.

If a Proof has a notary section, you will sign and date it in the presence of a notary.

All proofs and legal documents should be signed in black ink.

Every attempt and service made in New York City must be logged in a bound book (ledger) at the time that it occurred. This is in addition to submissions made in ABC Mobile.

At the end of each month, scan and submit that month’s ledger pages to mylog@abclegal.com. If scans are not received by the 10th of each month, you will not be allowed to claim further jobs.